Somebody stole a bronze plaque from a small stone monument just outside of Denver. The thief was likely after the $10 in scrap value. However, the loss of Colorado’s heritage is priceless. The monument honored a little-known and short-lived pioneer mining town named Arapahoe City, where many of Colorado’s notorious pioneers and prospectors called home in those early days of the gold rush. The monument was dedicated in 1946 by schoolchildren from the town of Fairmont, in an attempt to save the memory of the city before it slipped out of history. These school children collected every cobble of the stone monument, and the plaque was provided by the State Historical Society of Colorado – which no longer exists under that name. Fortunately, the stone pedestal remains, albeit in disrepair, and the plaque can be replaced, albeit not with a replica (as the donors and dedicating entities will change).

Arapahoe City was founded, like all gold rush towns, because gold is nearby. It was built along Clear Creek just east of North Table Mountain, near a large sand bar named after friendly (or hostile, depending on the account) Indians camped nearby.  “The Arapahoe Bar extends from a point near to Golden City to the mouth of Ralston Creek. Its frontage is about nine miles and has an average width of about one mile (and has) yielded gold to the amount of $200.00 a ton” (Rocky Mountain News Weekly “Clear Creek’s Golden Sands,” August 20, 1873). One of the men that discovered the bar in late summer or early fall of 1858 was Marshall Cook – a founding member of the town, the president of the Arapahoe Town Company, and a delegate to the convention which sought to establish the Territory of Jefferson. Cook would write down his accounts in an unpublished manuscript titled “On the Early History of Colorado”, an excellent primary resource.

Established in November of 1858, Arapahoe City would experience a rapid boom and bust. Because of its location between the more established towns of Denver City/Auraria and the mountains, prospectors, adventurers and merchants alike built their cabin there. Among those who called Arapahoe City home were George Andrew Jackson – discoverer of the large gold deposits of Idaho Springs – and John Hamilton Gregory – discoverer of the first lode gold deposits in Colorado at Central City. Tom Golden also lived here before supposedly having Golden named after him. Samuel Curtis was also a delegate for Arapahoe City and he platted out the original Denver City where he has a street there named after him to this day. David Wall grubstaked Gregory on his excursion, but he also brought seeds with him from back east and began the first market garden in Colorado. He also applied for and dug the first official water canal of the gold rush, the Highline Canal of Golden still exists today. All of these men would earn enough gold by panning the Arapahoe Bar to pay for a day’s food and shelter and could provision up for pioneering adventures.

By the end of 1859, Arapahoe City sent six delegates to the Denver Convention, had nearly 400 inhabitants, and was the temporary county seat. The first post office in the county was built there, as it was along two major wagon roads and a bridge crossing. However, Golden City and Golden Gate City have been constructed in strategically better locations, closer to the mountain lode gold discovered by Gregory. 1860 saw most of the plains towns, including Denver, nearly deserted in the summer months as men sought fortune in the mountains. Between the provisions of Denver markets and the winter quarters of Golden, Arapahoe City quickly lost its purpose and faded. By 1861, it only had 80 inhabitants and most of its buildings were entirely relocated to Golden.

We have already almost lost this history once before due to neglect. Arapahoe City is little mentioned, if at all, by even early historians. If not for the efforts of those schoolchildren in 1946, Arapahoe City would have inevitably faded into obscurity by now. That is worth a lot more than $10 in scrap. If you wish to donate to the restoration of the plaque, Gold Unlimited has set up a webpage. For a more in-depth look at the history of Arapahoe City, check out –  Manley, Joyce A. Arapahoe City to Fairmount: from a ghost town to a community. 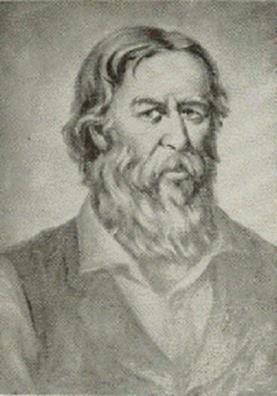 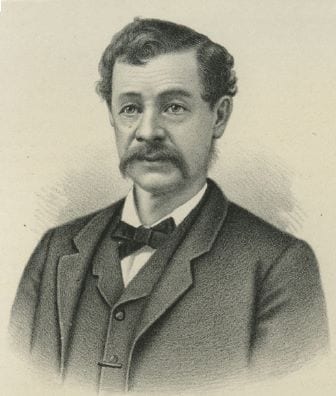