The geologic history of Cripple Creek is as storied as the social history. During the Laramie Orogeny, when the modern Rocky Mountains began forming, a fault zone developed known as the Florissant Lineament. Around the late Eocene to Oligocene epoch (38–29 Ma), and near the end of the Laramie orogeny, this fault zone erupted with activity. Known as the Thirtynine Mile volcanic area, the Florissant Lineament and associated faults produced five major calderas and several volcanoes. One such volcano emerged around thirty-five million years ago and encountered shallow groundwater. This interaction between magma and groundwater caused explosions that collapsed the volcano and fractured the composing rock into a brecciated volcanic plug, known as phreatomagmatic eruptions. This is also known as a diatreme: a breccia-filled volcanic pipe that was formed by a gaseous explosion forming a relatively shallow crater. Repetitive diatreme explosions formed two major breccia “necks” at Cripple Creek over 3,000 feet deep. 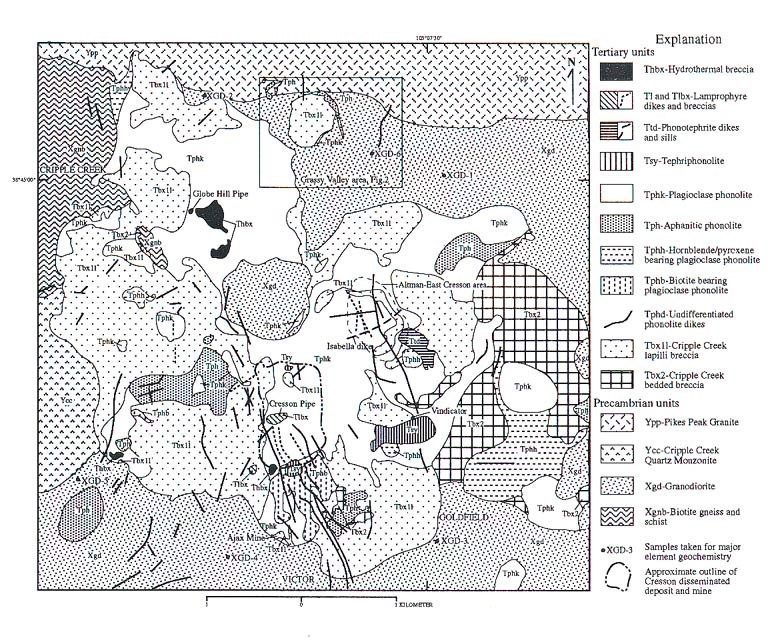 Following this period of explosive volcanism, a reoccurrence in volcanic activity forced magma up through the breccia pipes, forming dikes of mainly phonolite and basalt. However, ground water was still present around the rising magma and hydrothermal activity ensued. Previously, this had resulted in huge explosions and diatremes, from a sudden release of volatiles; however, breccia being a shattered rock allowed the expanding metal-rich solutions to filter upward until they cooled enough to impregnate the surrounding rock with gold, silver and tellurium. The gold was transported in a hydrothermal solution until the temperature and/or pressure dropped enough for gold-tellurium to precipitate out of solution, along with other minerals, into rich veins and pockets. 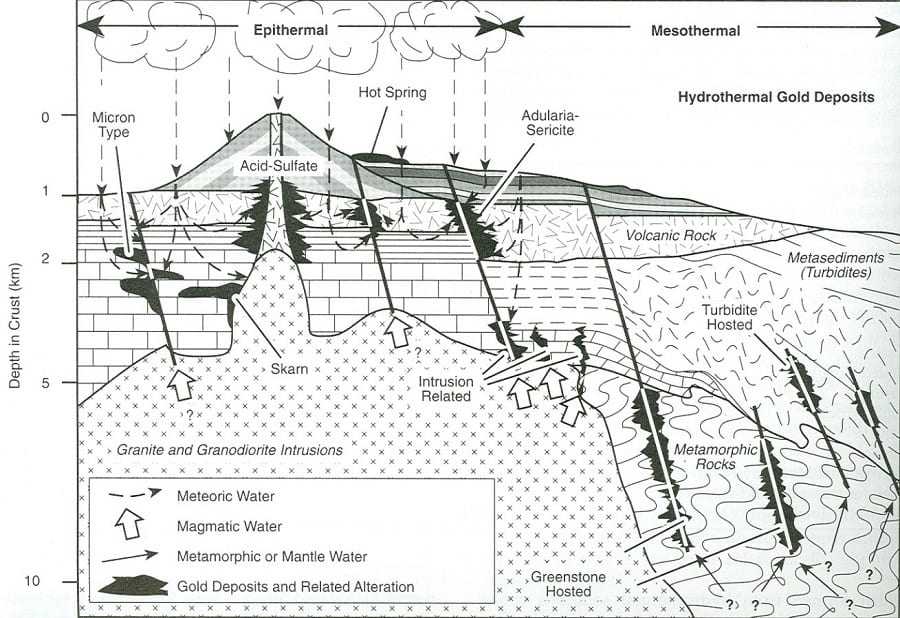 The hydrothermal gold deposit of Cripple Creek is classified as an epithermal deposit, meaning it formed at low pressure (shallow) around 50-300deg C. This deposition process may have taken as long as two million years to occur.  During this time, the gold precipitated out of solution, along with tellurium, into telluride crystals which formed onto any solid surface area available. This solution is forced towards the surface along faults, fissures and cracks, which provide ample surface area for crystal formation. “The ore bodies occur as deposits of rich, narrow, gold-telluride veins with quartz, pyrite, and fluorite” (Cripple, web). These veins are mineralized fissures within the surrounding rock. “In many cases, the high grade gold mineralization occurs adjacent to the contacts between Cripple Creek Breccia and the sills, dikes, domes, plugs and/or Precambrian contacts” (Cripple, web). This main concentration is centered on the Cresson mine and its associated breccia pipes and phonolite dikes. Such dense localization of gold suggests deep primary fissures must be under these areas that served as the main channels for gold-bearing solutions to enter the volcanic complex.  These pre-existing fractures in the earth follow the North-South trend of both the Florissant Lineament and the overall belt of alkali igneous rocks that extends from Canada to Mexico.

The original source of the gold in the hydrothermal solutions is still debated. The simple answer is that, being near the Colorado mineral belt, the intrusive and hydrothermal actions freed gold and tellurium from the parent rock surrounding the area and was concentrated by the process of precipitating from a solution. Another theory is that the rare-earth elements must have been associated with the magma and transferred into hydrothermal solutions with processes involving sulfides. Wherever the source, it produced rich deposits of gold-silver tellurides that concentrated densely along major structural zones within the Cripple Creek volcanic complex. To date, over 24 million ounces of gold have been recovered from Cripple Creek, and mining to this day produces roughly 250,000 ounces a year. 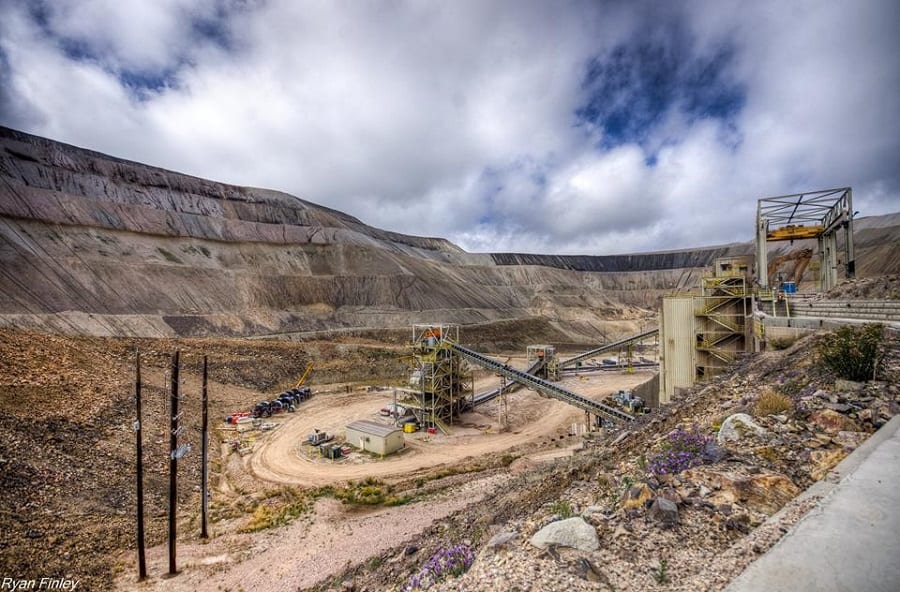 Gott, G. B. (1969). Distribution of gold and other metals in the Cripple Creek district, Colorado, Washington: U.S. Govt. Print. Off.